Chapter 9 of my book Leading Through Uncertainty  is called ‘Listening and dialogue’ and is the skill that is mostly easily forgotten in uncertainty. We need to listen at three different levels – to self, others and the environment. This is the foundation for building better relationships and reducing polarisation.

“I don’t like horses and I don’t like people,” Jane (not her real name) said as she introduced herself to me. She was driven by results, and her experience was that people got in the way of her getting the job done. She opted to lead Kalle, an interesting choice because Kalle is all about relationship. If you don’t build a relationship with her first, she won’t cooperate. Why would she? Kalle wants to know that you are paying attention and listening to her needs as well as your own. Jane approached Kalle, stretched out her hand for Kalle to sniff , then stroked her on the side of the neck. “She’s so warm!” Jane declared. It was a cold day and she’d removed her glove to stroke Kalle. She was surprised by the warmth of the horse’s coat. As Jane stroked her on the neck, Kalle turned her head towards her and gently wrapped it round her in a form of hug. It wasn’t just her coat that was warm. Jane was amazed. She had never spent time building a relationship. She went straight in, expecting people to cooperate and get the job done. She was highly successful, so her focus on results had worked to a point. She set off , inviting Kalle to come with her, which she did willingly. They got halfway round the arena when Jane stopped paying attention to Kalle. Kalle was coming, so Jane ignored her and started focusing solely on completing the task. Kalle stopped instantly. The togetherness was gone. It had become a task and a process for Jane, the relationship was broken, and Kalle had disengaged. There was no reason for Kalle to want to move without the connection. Jane went back to Kalle, stroked her on the neck and invited her to come with her again. Kalle obliged. When Jane came back to the rest of the group, she said, “I get really frustrated when people don’t come with me. I just want them to do what they are supposed to do.” Her drive for results had caused friction in the team as not everyone could meet her high standards or match her fast pace. Jane realised that she was not listening to her team. She was demanding results and unaware of their need to be in dialogue and to be included in the way things were done. Once Jane realised this, she focused more on the horses in subsequent exercises. She paid attention to them, had empathy for their needs and worked with them. At the end of the day, she said, “I’ve changed my mind. I do like horses, and I realise I like people, too. I’ve just always seen them as getting in my way, but now I realise that when I listen, we can work out how we do things together. It actually reduces the pressure on me and spreads the responsibility.” 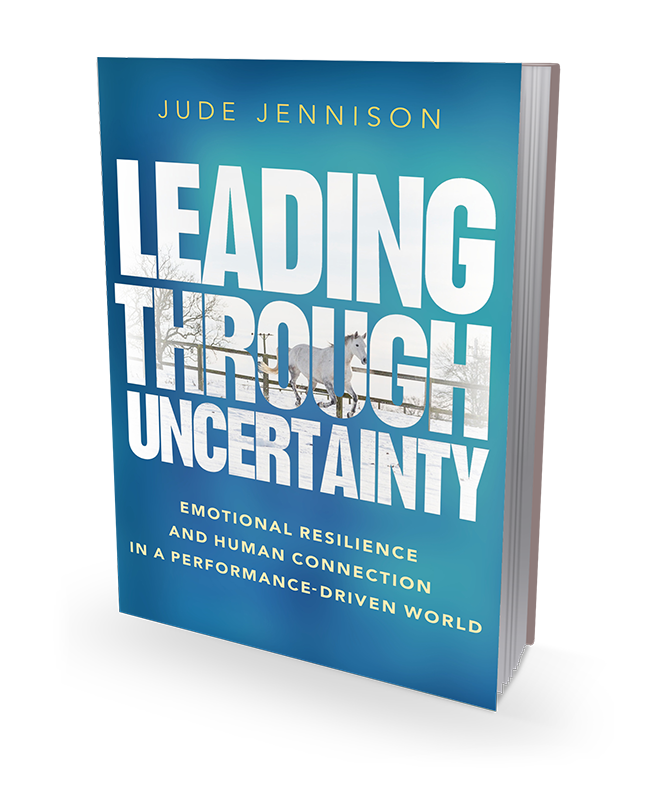